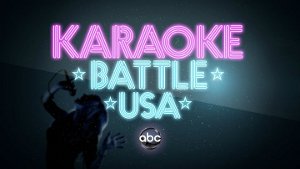 The Illinois contest was held at The House of Blues in Chicago. It was very exciting, but also nerve racking as well, as there was talent from all over the state competing for a spot on the TV show. One of the judges for the State Finals was Jim Peterik, from the band Survivor (who sang "Eye of the Tiger" for the Rocky 3 movie). It was also broadcast live by WLS DJ Dick Biondi. In this contest we had to sing with a live band. I warmed up backstage and then came out and performed Tina Turner’s “Proud Mary”. After everyone else sang the judges made their decision and guess what? I won a spot in the State Championship to try out for the new ABC show! How cool is that?

That win gave me a chance to compete for a regional spot on the Karaoke pilot show on ABC. This regional contest was again held at The House of Blues in Chicago and drew karaoke singers from all over the Midwest. The judges for the Midwest finals were singer/songwriter Carnie Wilson, Joe Levy from Rolling Stone Magazine, and 2009 National Karaoke Champion Brian Scott. Talk about pressure…! The host was Joey Fatone from the band N-Sync.

When it was my turn I came out and sang my best. Then I sat and waited and cheered on all the other contestants. There was a lot of very good singers from all over and the competition was fierce. After the singing, the judges made their decisions for the top two singers, who would be featured on the TV show in a couple of weeks. Sadly, I missed out. But the two singers that won certainly earned their spot on the show as they were both awesome!

Even though I didn’t get featured on the "Karaoke Battle USA" show it was a very exciting and rewarding adventure. I met a lot of great people and loved every minute of it!